Judging a Book by Its Cover

“Don’t judge a book by its cover” could be the oldest cliché in the book (except maybe for that one).  A job, a relationship, a book.  Don’t take any of those things at first glance, it’s what’s on the inside that counts.  The thing is, even though we’re encouraged not to, we all do it.

The job’s cover might be a craigslist ad.  The relationship’s cover is how the other person looks.  A book’s cover, well, is the cover.

For me, when I’m thinking of reading something new, the first thing I I see is what the cover looks like.  And I hate to admit it but I do judge. 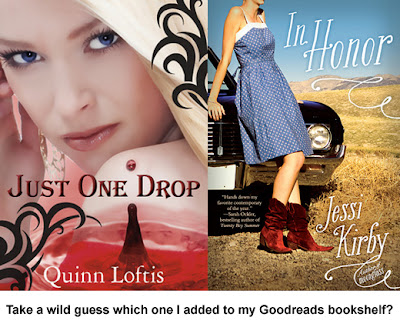 After checking out the graphics, color selection and font style on a cover I essentially make a decision about flipping a book over to read the back in approximately 0.4 seconds.  If those three things don't resonate its less likely I'll read the description.

I’ve been amping up my reading lately, especially for authors within my genre of Chick-Lit.  Some of these Authors I’ve heard of and just hadn’t gotten around to reading yet (like Jennifer Weiner which, yes, I know I could be kicked right out of the club for admitting to, but in the spirit of honesty…), while others are indie, self-published authors (like me!).

So I spend a whole lot of time glancing at a whole lot of book covers. And I want mine to have that same look and feel of the ones that grab me right off the bat.

The cover of my first book (out of print) has a bright and sunny yellow background.  There's also a pretty pair of heels and a hockey puck. Here it is: 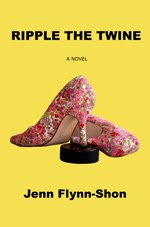 If you were only into reading, say, murder mysteries, is there a slim chance you’d click that cover up there to see what it’s about?  Probably not.

The thing that makes it difficult to find Indie Authors I can really follow is that the market tends to saturate with whatever trendy theme is hot that day.

Dystopian societies crawling with vampires where no one is over 18, has a job, goes to school or worries about paying their rent on time. Those stories dominated for a long time.

But now, finding Chick-Lit that doesn't place huge emphasis on sex scenes is difficult in these times of openly accepted erotica (which I personally consider to be a different category and wish authors would note the distinction).

What makes it tough for an Indie?

It’s a question of balance – the more saturated any particular genre becomes the less books in that genre are actually read. In the book industry saturation works in reverse and causes a genre to become watered down because ‘everybody’s doing it’.

That's why in traditional publishing once you've heard of it, agents don't want it anymore.

Kind of like Chick-Lit back in the late 1990’s and early millennium. Now it's been written so many times it makes many Indie Authors second guess if they should be writing it at all.

Then what’s a girl like me, who believes in books with happy endings, internal struggles to overcome, and cocktails at brunch, supposed to do? I'll tell you what - keep writing what I want to write.

Because any good writer knows that you write for yourself, not the market. Writers who specialize in erotica, congratulations! Your day has arrived and many of you will feel the love as your royalties tick up daily.

However, I won't write that type of story because it just isn't me. I want to sell my stuff but I don't write for the market, I write for me. So maybe I won't sell like my book is on fire right now but that's okay, at least it cuts down on my competition when I release a new book.

And in the end I read for me as well. There's little chance I'll pick up a book with a cover that doesn't grab my attention. But with millions of writers out there I have a feeling that even my preferred un-saturated genre will still provide plenty of entertainment and research potential.

So as I add books to my Kindle Reader I just keep thinking of how much fun it is to research for my job, no matter what the cover looks like, because in the end it is what's on the inside that counts the most!

Sign up for my monthly newsletter here for more fun with fiction. You'll get a copy of my eBook Does My Book Suck? - a self-publisher’s guide to finishing your book – free just for signing up!
by Jenn Flynn-Shon