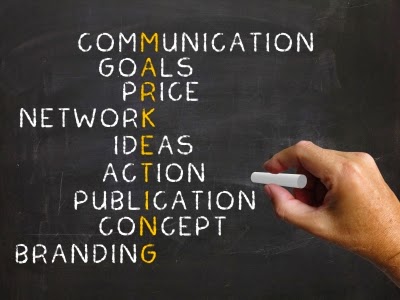 As an author who plans to self-publish is there one name on that list that makes you cringe?

If your answer is yes, I bet I can guess which one it is.

But here’s the catch: despite the alleged less than perfect writing – she built a huge circle and never stopped marketing.

This isn’t a question of “good” writer vs. “bad” writer

At the end of the day what makes a writer “good” or “bad”?

In my opinion the answer lies with the reader of the book. The subject matter, plot, scene and characters have to resonate. If I don’t feel it I don’t want to spend time in that world.

But there are plenty of people who will love it. Maybe your book is similar and targeted to a broad but specific group of people. Only market research will tell you.

I will admit, I never read the trilogy by E.L. James, simply because that genre doesn’t resonate with me. It had nothing to do with what I heard on the writer grapevine about the writing itself.

But…and this is a biggie…many, many, many people read this trilogy after it took over the world simply because, well, it was everywhere and like a train wreck, people had to know what all the buzz was about.

Which is the reason I even heard of her books. Because Grey wouldn’t ever end up on my ‘suggestions for you’ list. But it was the luckiest word-of-mouth marketing campaign I've ever seen.

The answer to both questions is no.

Not everyone is going to write something that blows up the reading world. Millions of books are released each year and 99.999999999% of them will do okay if marketed right. To go viral I believe you need a bit of luck on your side.

Timing really is everything. The time was right for (primarily) women to read these books that this previously unknown indie author wrote.

But I'm here to say that you have to let go of worrying if your book is going to blow up.

Like I said, some could, most don’t. Mine certainly didn’t but it didn’t stop me from organizing a blog tour, promoting on social media and writing relevant related articles that helped keep my book’s title out there. Kept my name out there.

There’s no such thing as bad publicity.

In the case of self-publishing authors there has never been a truer statement uttered. The reality is that, just like with James, there will be people who both praise and blast your work.

But keep in mind that means people are talking about it.

Now I’m not saying to set out with a goal of getting bad reviews but the more they talk, the more you’ll likely sell. Talking about it is word of mouth marketing and that’s what will push you into the next level of book sales.

And even popular authors need to market

A good example is another huge name – Stephen King. His most recent novel, Doctor Sleep, was released last September. For a few months before and at least a couple weeks after the release date, King was everywhere.

Talk shows had him on and he started writing regular features in magazines. He kept his name out there and relentlessly talked about the novel to come.

It might seem strange that a guy like King would have to make a round on the circuit; that his hoards of fans wouldn’t just know it was time to buy his book.

In truth, every Author has to market, even if they’re as popular as King because there's always a potential new reader right around the corner.

Staying in the public eye is critical, especially for an indie. James originally self-published all three of her books.

When the books took over and sales went wild it would have been crazy for a house not to pick her up. There was money to be made and deals to contract.

All those people talking about how awful the books were, helped to propel her into a new income bracket. Bad reviews or not, the woman could smile all the way to the bank.

Your ability to market well is what will keep your name out there and keep your book selling.

The last post in this series is coming up next and we’re going to cover why you need to go back to the start when you get to the end. The time to reassess everything has come.


Sign up for my monthly newsletter here for more fiction and self-publishing tips. You'll get a copy of my eBook Does My Book Suck? - a self-publisher’s guide to finishing your book - free just for signing up!

Earlier posts in this series: