Saving it for Later: Can Writers Spread Out their Inspiration? 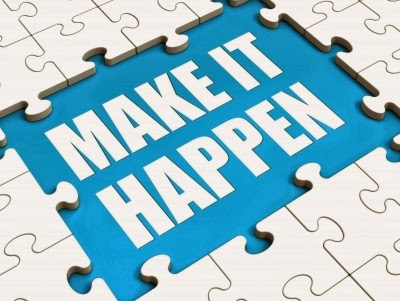 Over a four day stretch near the end of January 2014 the Boston Bruins won 3 games in a row, scoring 6 goals in each game. People were talking, the Bruins were contenders in a big way.

Then in the next game they looked as if they’d left their sticks and talent back in the locker room. They lost. Badly. And to a division opponent who had a much worse record.

The same people who had showered the team with praise during the boon times started saying things like: “they used up all their goals in those last few games, they should have saved some for tonight.”

That got me thinking.

Is it possible for a team to “save up” their effort and stretch it out, or is a game a game and sometimes a team has the chemistry and ability to win while other times they simply don’t?

I’d love to think that hockey players can store up their ability to score goals for a night when they need it but that’s just not the reality of how sport and talent works.

It made me realize that writers face similar issues but we have a distinct advantage. We can save something for later. What do I mean? Well, it all starts with inspiration.

Is it really writer’s block?

For many years I subscribed to the thought that writer’s block actually existed. But it was nothing more than an excuse for why I wasn’t writing every day.

There. I said it. Sorry to writers everywhere who based their existence on the theory that their inspiration had simply run out so they couldn’t work that day, but I feel it’s my duty to tell it like it is.

I should qualify the statement I suppose and explain what I mean.

Low inspiration isn't the same as a block

We all go through the low times, right? I mean, any writer who tells you they can come up with something amazingly creative and fantastically perfect every single day is either lying or…wait, no. There is no other choice.

Those people are just flat-out lying.

Creativity ebbs and flows through all of us. Some days we have it, others we just don’t. But just like hockey players lace-up every day, if we’re professionals then we have to find a way to work even when we feel like we got nothin'.

Let's go back to that Bruins game for a second. Because despite the fact they lost by 4-1 they still came out onto the ice to do their job.

And notice, they scored.

It wasn’t pretty and they didn’t win but they still played hard enough to get one small victory out of the loss.

Writers who show up every day, sit down and put something on the page are going to be much more likely to find that, over time, they rack up a lot more of those little victories in their work.

That’s because they keep flexing their writing muscle.

Sometimes that daily writing workout is all it takes to kick creativity back into the on position in a more permanent way.

When you’re on a roll, well, roll with it!

Some days I feel as if my words are like the ice – smooth and cool with a level surface I can coast on almost effortlessly. I’m gliding across the page, stringing sentences together like a perfectly executed 3 on 2 play.

Those are 6 goal kind of days.

With that burst of inspiration driving me I’ll sit in front of my laptop screen and pound on the keys until my fingers bleed if necessary to get all of the words out.

Because the very next day I might have nothing more than 1 goal in me and I’ll struggle to get it out.

But that doesn’t mean I stop writing. As a professional I understand that I have to at least show up every day.

It may not be pretty. In fact it’s bound to be downright dreadful when the chemistry isn’t there, but skipping even one day of writing means I immediately limit myself and my career options.

Hockey players can’t score a single goal if they never shoot at the net. Just like I can’t expect to publish books if I never even put one word on the page.

Here’s where it gets good to be a writer

Luckily, unlike hockey players who only get to play one game at a time, I’m fortunate as a writer. The days when it flows I can start outlines on a few extra pieces. Articles or posts to reserve for days when the ice is slushy and I just can’t seem to skate. Or I can outline the next couple scenes of my book.

We can spread out our inspiration in a manner of speaking!

Just like a professional sports team, writers can’t store away creative energy. But we sure are lucky enough to be able to store away the start of some really great work we get to develop at a later date.

Sign up for my monthly newsletter here for more fun with fiction. You'll get a copy of my eBook Does My Book Suck? - a self-publisher’s guide to finishing your book – free just for signing up!
by Jenn Flynn-Shon